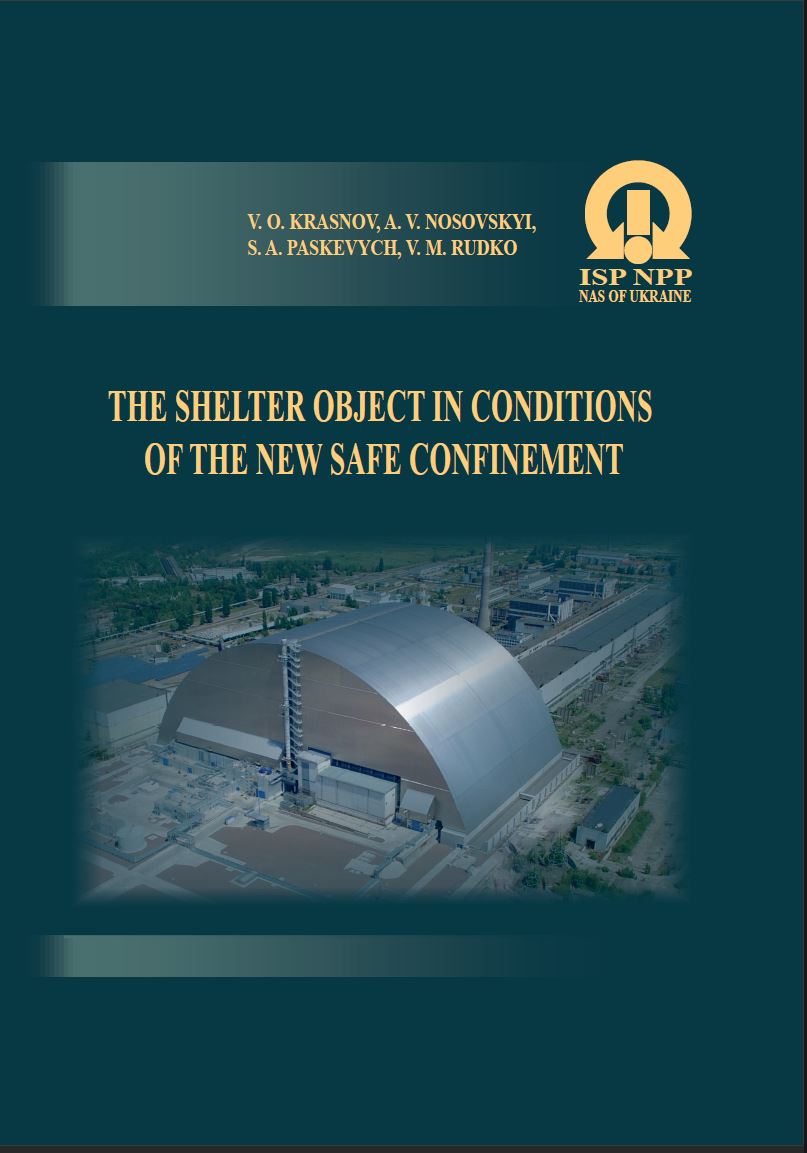 In the monograph, based on the results of many years of scientific researches on the occasion of the 35th anniversary of the Chornobyl disaster, the New Safe Confinement (NSC), enclosing perimeter, tech­nological and auxi-liary buildings and communications, main crane system, life support, safety and control systems are described. The issues of nuclear and radiation safety in the NSC conditions are considered, the dynamics of neutron activity and fuel-containing materials temperature in the process of humidity and temperature changes, which occurred after the Arch covered the Shelter object, are given. The directions of improvement of efficiency of nuclear safety maintenance are shown. The change of gamma radiation fields after the NSC installation in the design position, activity of radioactive aerosols and water accumulations in the premises of the object was estimated. The impact of the Shelter object in the conditions of Confine­ment on the environment is analyzed, the programs of scientific and technical support of the activity on the object transformation into an ecologically safe system are considered. Further works on dismantling of unstable structures of the Shelter object, reconstruction of the building parts extending beyond the enclosing perimeter, as well as potential scenarios of the Shelter object transformation are described.

The book is intended for specialists of nuclear power plants, scientific and engineering employees of the services of nuclear safety and radiation protection, emergency response as well as higher education students. It can be useful for wide range of readers who want to acquire and systemize their knowledge on considered issues.